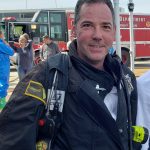 Been racing Karts since 1987, became a track champion in 1997 and also was the crew chief on my son’s Mid-American stock car. I started working with the RPDE in 2006 as a driving instructor and race ride along driver throughout the country. I’ve also done work on the TV shows Chicago Fire and Chicago Med as background extra, photo double and stand-in.