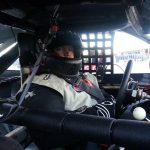 Mark Melvin is a driver for Skyco Distribution out of Omaha, Neb., traveling the Midwest as a contractor through FedEx Ground. For nearly 15 years, Mark was with the Richard Petty Driving Experience, first in Las Vegas and later moving to run the Kansas operations. Mark began his career with RPDE as a part-time truck driver and mechanic, eventually moving up to Track Operations Manager. In 2013, the opportunity came for him to take over as Operations Manager for the Kansas location, position he held for nearly four years. While running the Kansas operations, the location was one of the most successful in the company each of the years he was at the helm, both in profit and visibility.